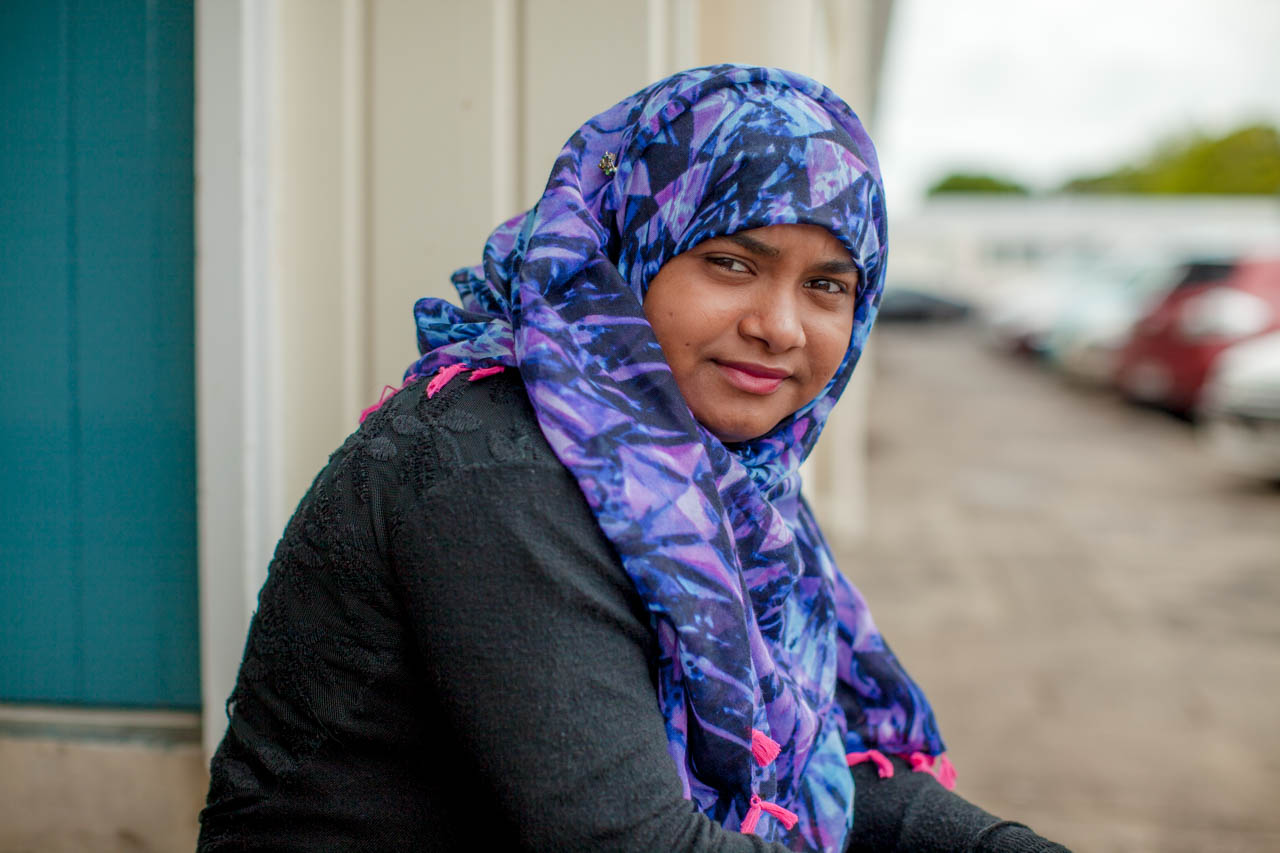 “In 1991 my parents were forced to leave Myanmar and settled in a Bangladesh refugee camp. I was born in this camp six years later. Although happy amidst my whanau, we lived under an oppressive regime and our lives were filled with fear. These fears came to life in November 2004.

It was a beautiful morning and my friends and I were making our way to school. All of a sudden people started running. The Rohingya refugees’ punishment had begun for the hunger strike held a few days earlier. Guns firing and bamboo houses burning, people were being arrested, beaten and raped.

We rushed home to reach our families but were forced to hide in a hut to escape the bullets. I hid in that shelter, continually praying to God as we witnessed many people being killed around us.

Later, although reunited with my father and brother I felt that something had shattered within me. Even now, to remember these days, takes me back to that time of darkness and it is something which I can never forget.

In those saddest, hardest and most difficult times I stuck with those who loved and cared for me. Never giving up, and working together we gathered courage to fight the bad situations that faced us. And there was ease after the hardship.

I am now in a place of freedom and peace, Aotearoa. Although a stranger to this country at first and having to face certain difficulties, I no longer have the fears and worries I once felt. Here I have liberty to pursue my dreams. I feel truly blessed to have the opportunity of an education at Papatoetoe High School and I am optimistic about my own future and the opportunities that lie before me.”

“I started tagging when I was 11 years old. I did it for attention. I had a lack of attention and love as a…