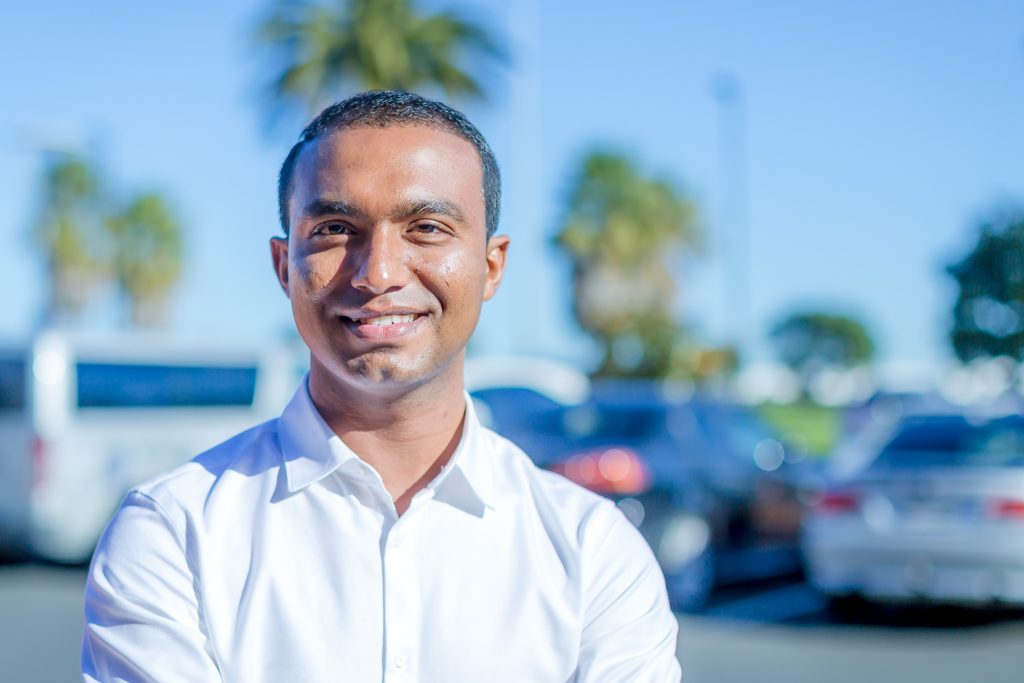 As a child I wanted to become a radio personality. I would sit talking to a computer, pretending I was in a radio studio. My family thought I was crazy. But I always had faith in myself. I went for auditions at 15 and 17 and was rejected both times, being told to finish school instead. I finished high school and started pursuing first year law studies when one of my friends dragged me to another radio audition. I was 90 minutes late. One of the judges who first appeared reluctant to audition me asked me to leave because he thought I did not have the requisite level of Hindi education. He really offended me because I knew my Hindi qualification was the same as his, and yet he still managed to become a legendary presenter. So why couldn’t I do the same if I was as passionate about it as much as he was? He pulled me aside, away from the other 150 people auditioning, took me to a room and gave me a translation and voice test. When I had finished he shook my hand and asked me which station I wanted to join. Two days later I had my first radio job! It was a dream come true. For 9 years I worked in radio as I studied, and today I am a qualified lawyer!

“In 2008 my nineteen year old son was caught drunk driving; he blew over the new youth limit for alcohol. I was embarrassed and…