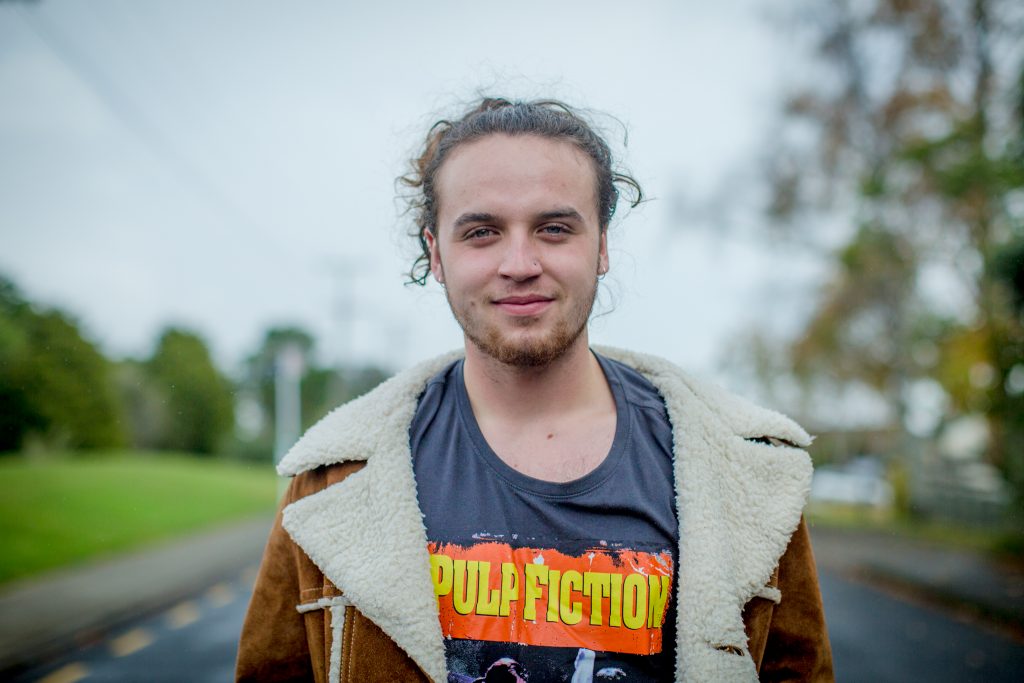 “This year I was invited to submit my film to the Maoriland Film Festival. I filled out the paperwork and sent it away. The festival awards were held in Otaki, but I didn’t go, I chose to stay in Auckland as my Mum was having major surgery. It was full on looking after Mum after her surgery. When she had recovered enough I went away on a road-trip for a week. I hadn’t heard anything from the film festival, despite it already having finished. I arrived back in Auckland about 3am, and that same morning checked my emails. I saw an email from Maorilands which advised me that I had won the E tu whanau Rangatahi filmmaker of the year award. I started crying, for like two seconds, and then ran out into the lounge with my arms up in the air. Dad was on the couch and I told him I had won. I was so proud of myself. People ask me if I want to be the next Peter Jackson or Taika Waititi, but I tell them, no, I’m the first Neihana Lowe.”

My younger brother has special needs. When I was growing up I helped mum to look after him. Sometimes I would have to finish…