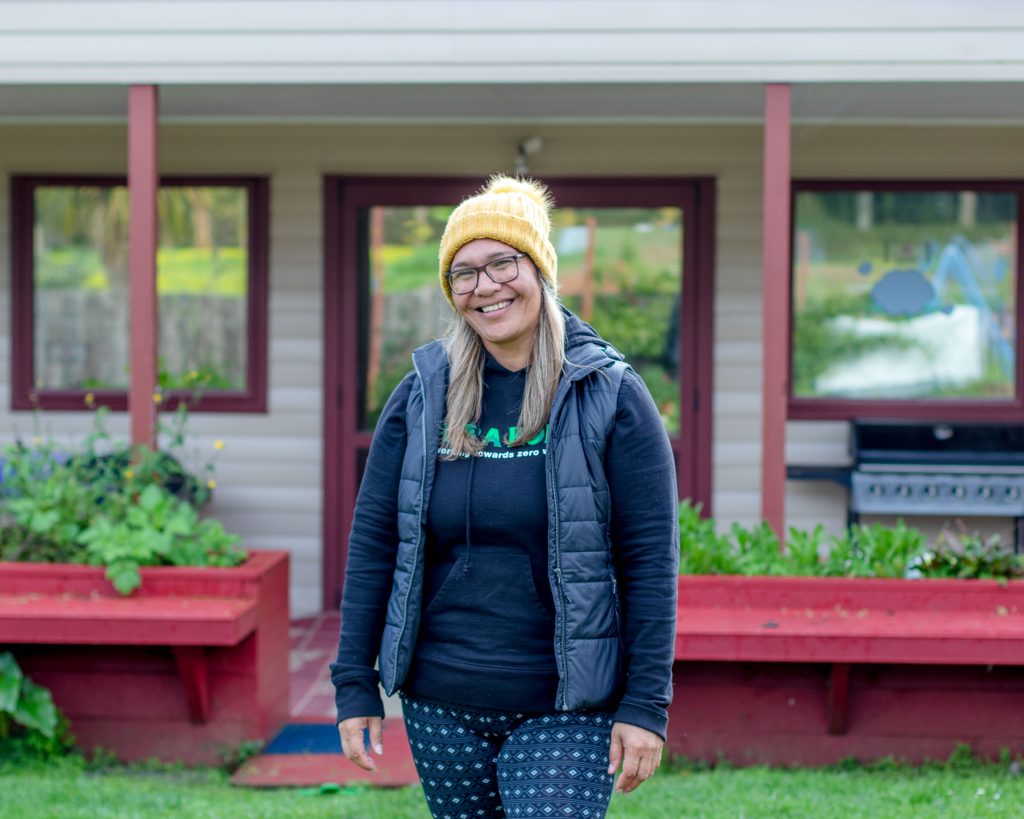 My Mum died when I was 10. She had a brain injury from playing rugby. The last thing she did with me was teach me a waiata. My dad needed help to raise us kids so he contacted my older sister who us kids didn’t even know we had and she came and helped. When my dad became unwell I was the only one of my siblings left in New Zealand, so it was up to me to look after him. We thought he was gonna die. I was distraught! I went to the hospital chapel and got on my knees, crying and begging God to give me back my dad. I promised that if he did this I would give him my life. And God did! We had him for another 11 months. He lived with my whanau. We did so much in that time. We talked, we sung and spent heaps of time together with whanau. It was amazing to have this time to get to know my Dad closer. This was the second time that I had cared for him in my home. The first time was nine years before. It was so hard. I got stressed and even had a miscarriage. But I had promised not to put dad in a home. The second time round my faith made such a huge difference to my life. God gave me the wisdom and energy to look after him. I beat myself up for all the lost years with him sometimes. If I could give anyone advice it would be to have a relationship with your parents, even if they didn’t give you anything.

“I remember the massive freedom that I had as a child. Freedom to explore and develop as a person on my own terms. That…