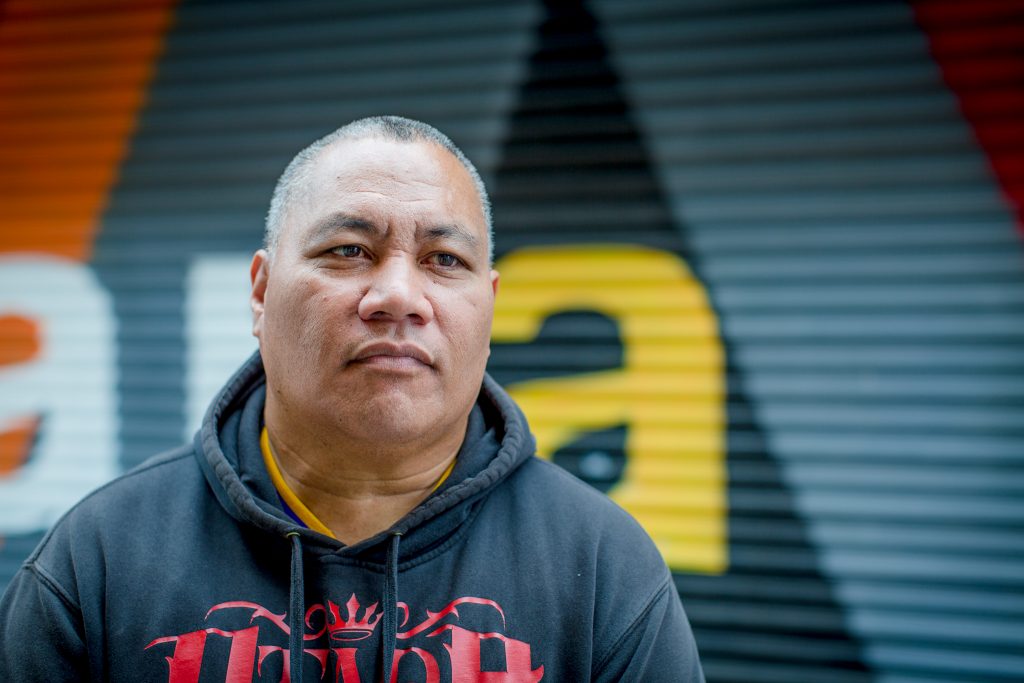 “In 2012 I took over the Otara Scorpions League club as Chairman. I got involved cause I wanted to see changes. We worked hard to enforce conduct on and off the field, as it’s easy to fall back on violence when that’s almost an expectation of your club. I wanted to raise the playing level and for our club to serve our people better. Lots of promises have been made to our club, hope for things that haven’t happened, but one promise has now come to fruition. I’m so proud that for the first time since the club started all our teams will be running out with the same strip. This brings us all pride. Last year we had teams wearing shirts that were over 20 years old. Some people are still hating, waiting for us to fail. Our new strip is a visual example that we are seeing this through. People will watch to see if I do what I say I will. Do I walk the talk? I have to lead by example.”

Part 2 I was flown up to Middlemore Hospital. As I was brought out of the ambulance on a stretcher I saw my dad…