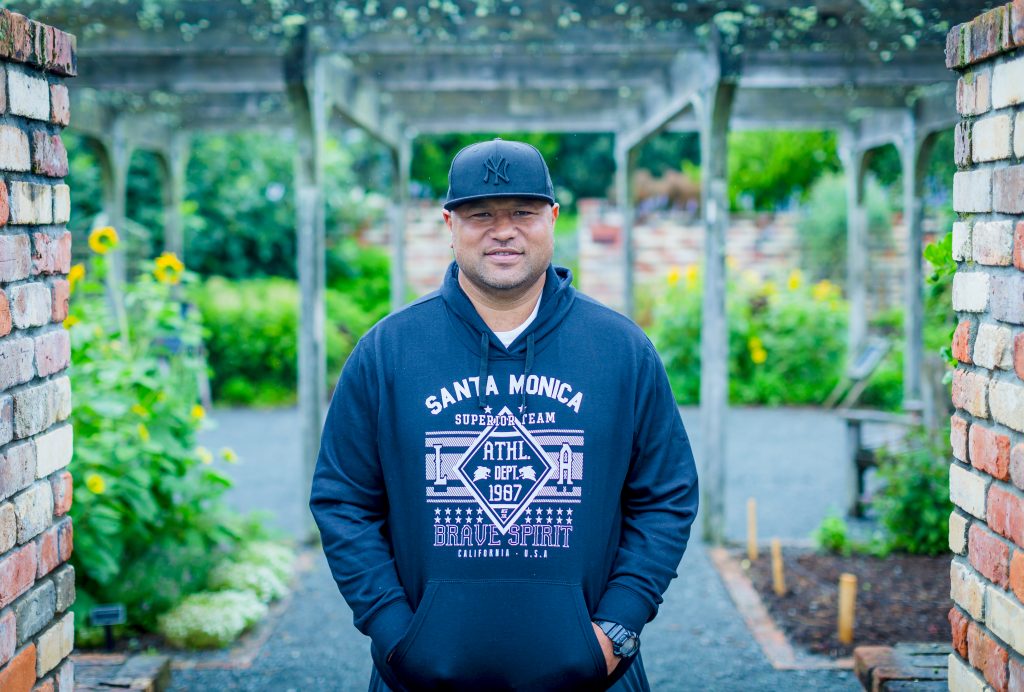 “Mum and Dad sacrificed everything to bring us to NZ. It wasn’t to join gangs and get into trouble, but that was the path I was travelling. Life started to turn around when my youth worker got me into sports and I ended up playing rugby in France. While I was overseas playing rugby, my Grandma died, then a year later Mum died. I didn’t get the chance to show them that I could do better. Since their deaths, I’ve been on a mission to achieve what they’d dreamed for me when they were on the plantation and the fishing boats in Samoa where I grew up.

Mum and Grandma were the strongest female influences in my life, but I was just an a**hole of a kid–young and dumb. They told me I could do and be anything. I just didn’t believe it. But now I’m at a place that other people are still reaching for. I know I’m lucky, and I know that I am just as capable of changing the world as anyone else.”

2/2 I never thought I’d live in Māngere. When we lived in Remuera, we picked up the idea that living south was a step…