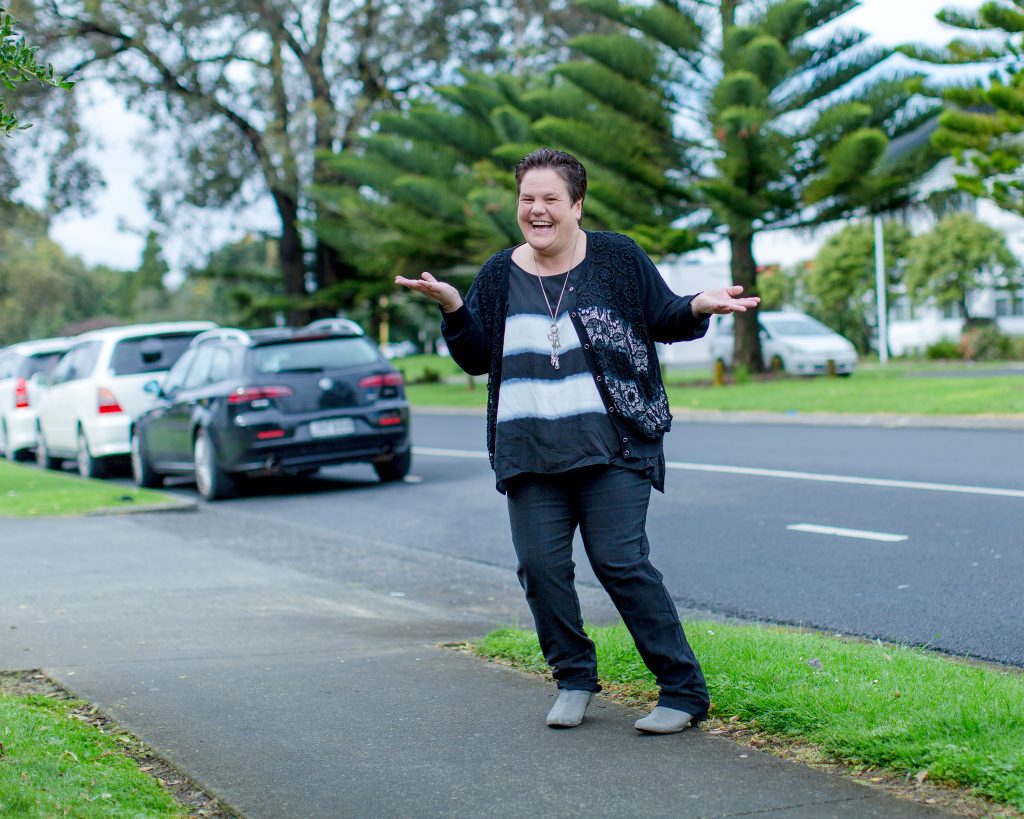 People often think “Why doesn’t that stupid b&*%$ leave that guy that’s abusing her?!?!”
But until you’re in that situation, you don’t know how hard it is to get out. I realised for the first time what it was like for my own mum when I had my own abusive relationship. In the end I moved to Christchurch with the kids. He found us. I got sucked back in again and moved closer to my Dad, where I was beaten for the last time. I thought I was going to die that night, but I survived and knew I had to somehow get out. I was beaten to the point I didn’t have skin without bruising, so many broken bones. You could see the finger prints around my throat. I turned to alcohol. I had CYFs knock on my door and I knew I was close to losing my kids. That was my turning point. It was a year later when I met my (now) husband online. He was in Canada at the time. I flew up to meet him in Auckland. I was shaking so much. We were together up here for ten days. Inseparable.
Seven years later, and he’s the most supportive person you could ever meet.
He’s a smart ass and we continually egg each other on. He’s one in a million, and most of my friends are jealous and want one just like him.
I want to encourage others to never give up hope and don’t be afraid to reach out and grasp the hands that are there to help.

Part 2 I was flown up to Middlemore Hospital. As I was brought out of the ambulance on a stretcher I saw my dad…